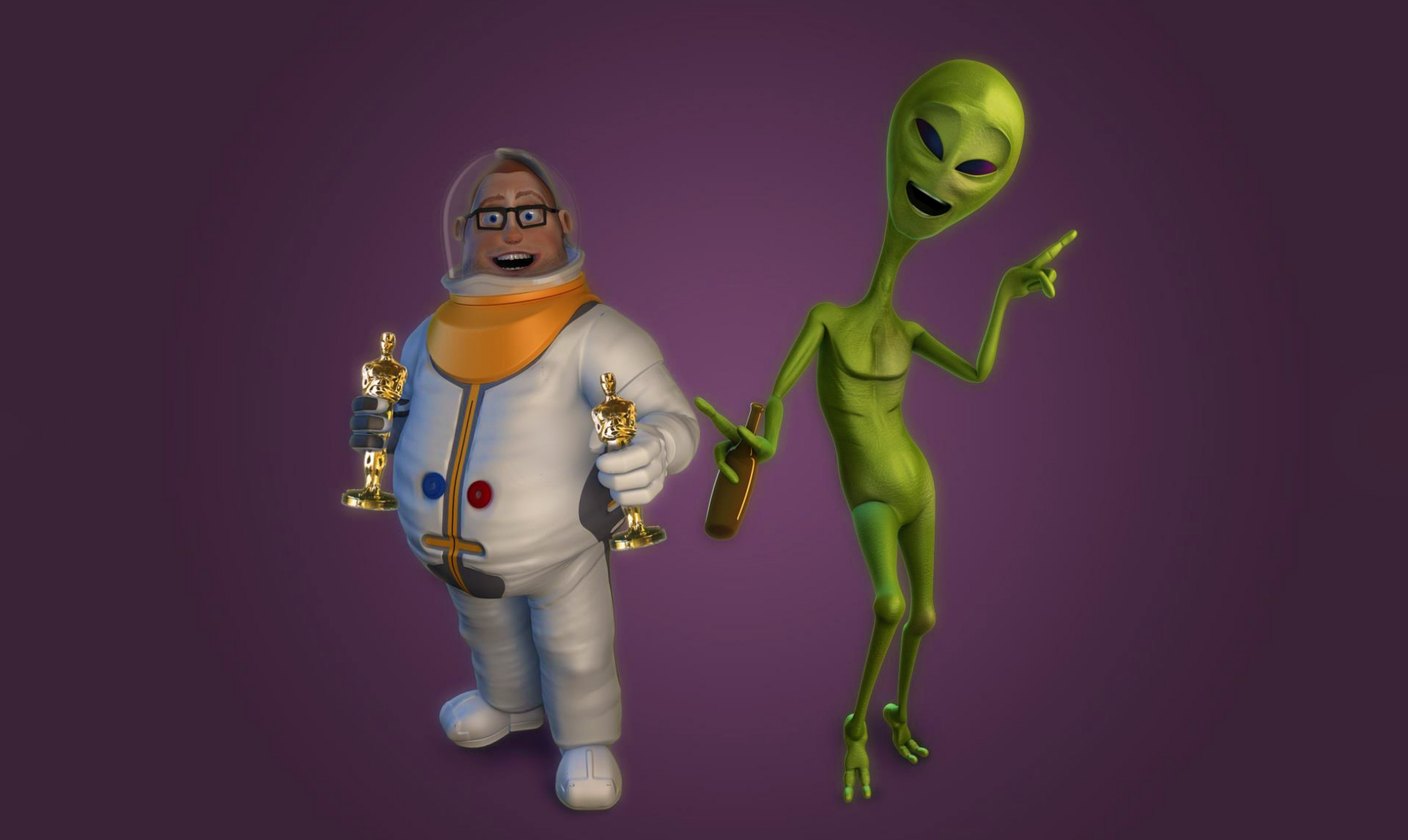 Self-directed short film for the final semester of Sheridan's Computer Animation program. The concept is a play on the words 'Alien Abduction', where an earthling astronaut, Andy Fartend, abducts a drunken alien from a distant planetary system to conduct scientific experiments. The header image was created as a fun promo poster

Each student is fully responsible for all aspects of production of his/her short film. I modeled and rigged both characters for the short, and also a few other props for the film

Mudbox was used for surfacing, and V-Ray was used to render the final output 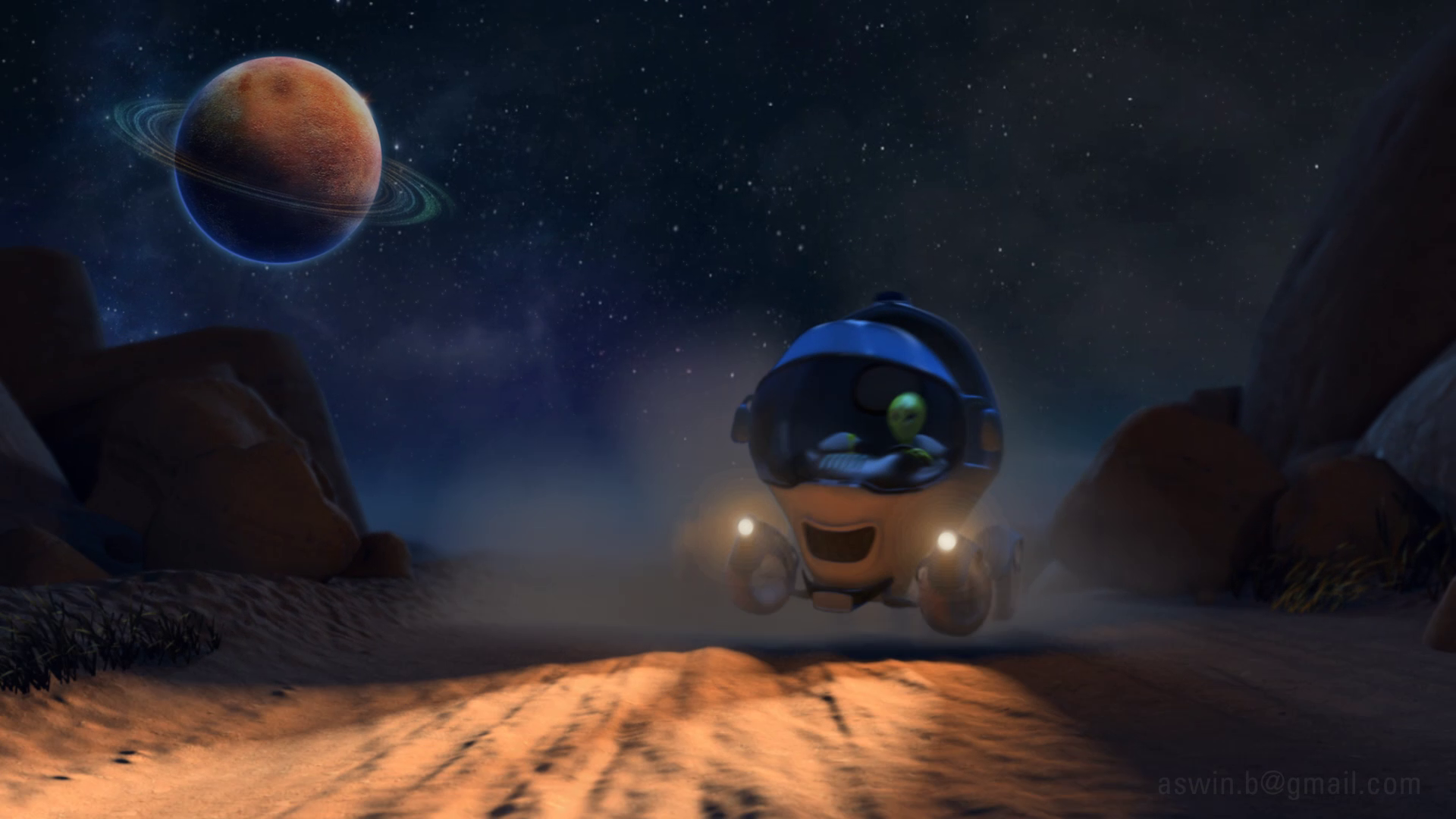 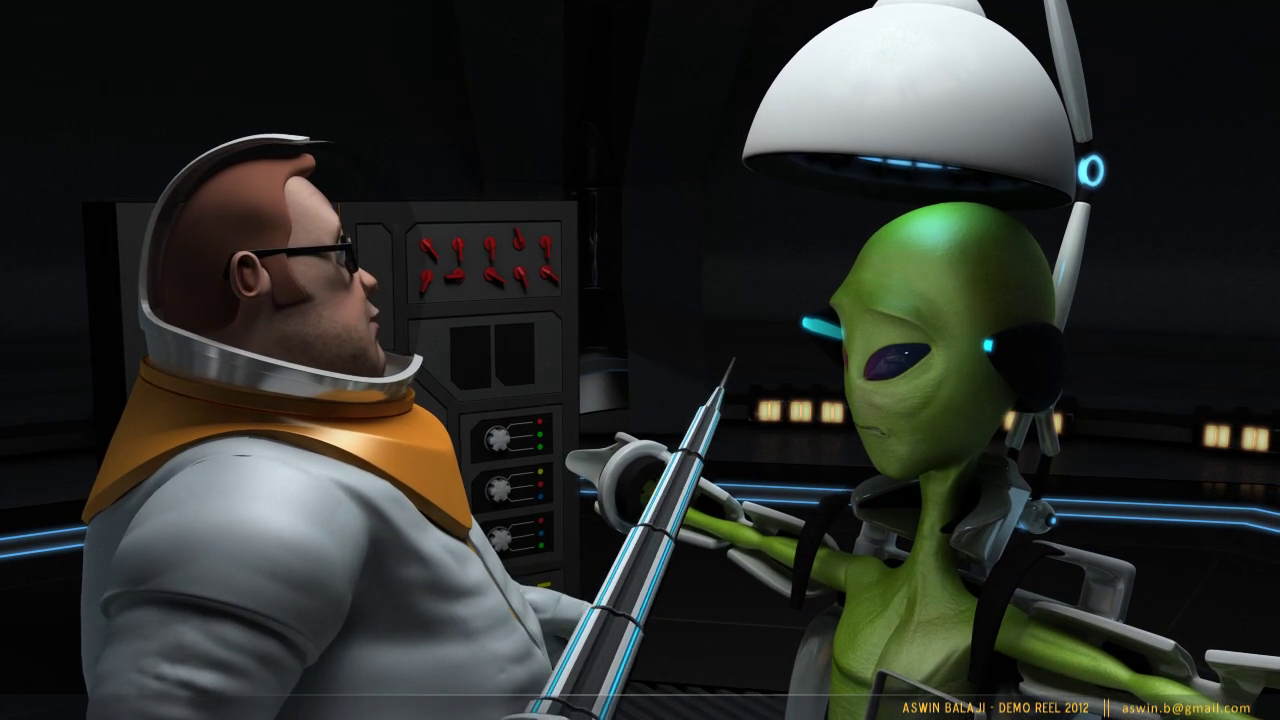